Satori was giggling 🤭 with the koi fish 🐠 when Kenshō, his wise and enlightened master, threw a stone—or what Satori perceived as a stone—into the pond. The fish 🐠 swam away most probably angry 😡.

‘Why did you do that!’ yelled Satori to his master. ‘I was having fun!’

‘I was laughing and playing!’ Satori went on.

Satori did not like this tone. He bowed, respectfully, and then entered the pond to search about for his master’s stone. The pond was cold ❄ and sent a chill down 👇 Satori’s back. He grumbled at knowing he would have to wash his robes.

There were many stones in the bottom of the pond and Satori did not know which one to pick. He looked up 👆 hopefully to his master and asked, ‘Which stone do I pick?’

Satori rolled his eyes 👀 and picked any old one, knowing instantly it did not matter which stone he picked. He held his stone up to his master and said, ‘What is it?’ 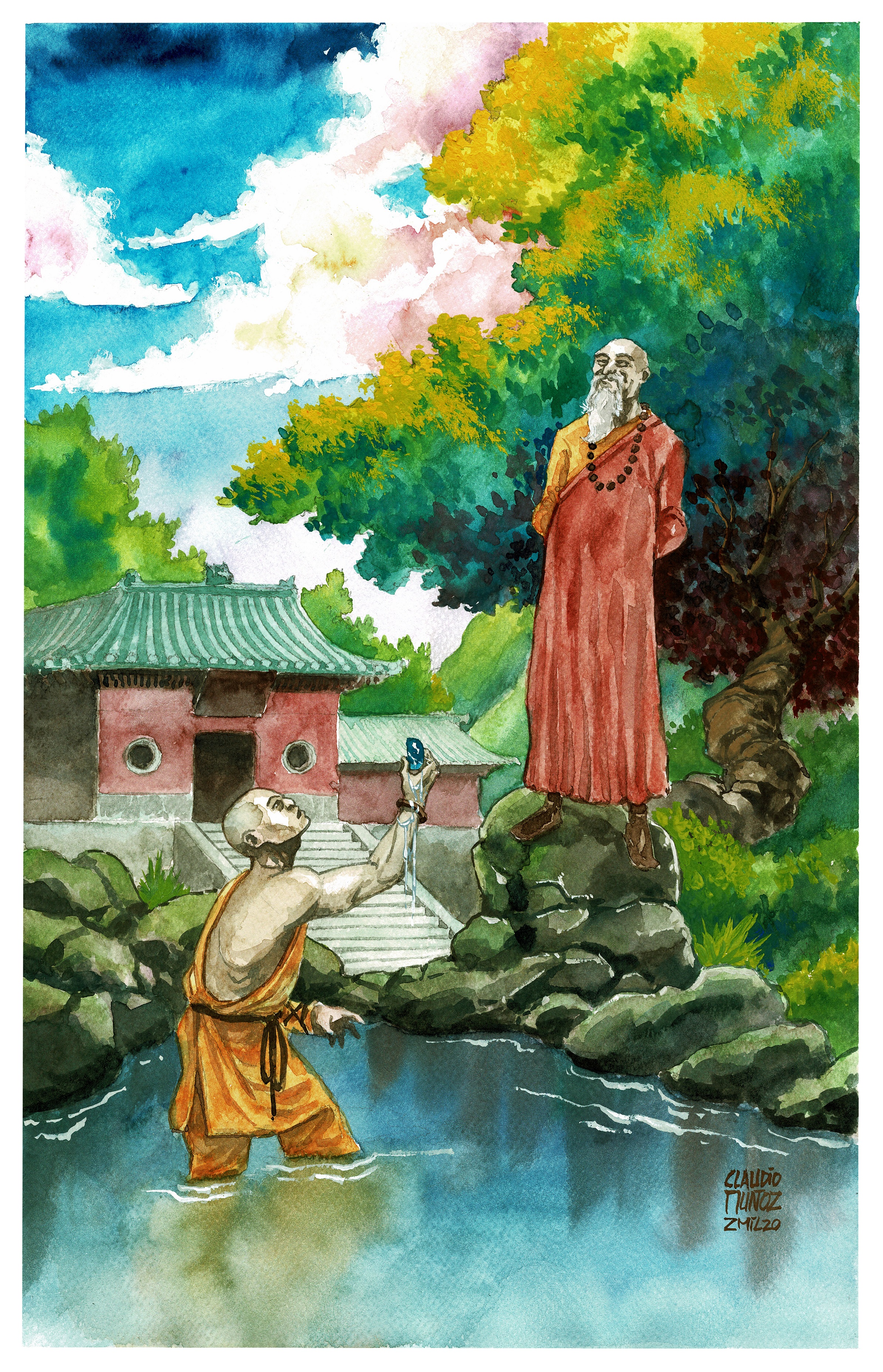 Satori, a little confused, handed the stone—the attention, whatever that was—back to his master.

Kenshō said, ‘And now what do I have?’

artwork by the great and powerful Claudio Muñoz